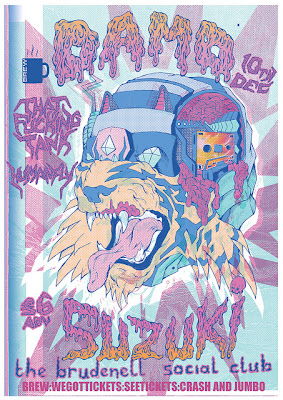 Hi there, we are celebrating our 3rd birthday of daft rock concerts and record releases. Come on down, start a craze.

This man needs no introduction, but i'll do it regardless. I am over the moon to announce this: 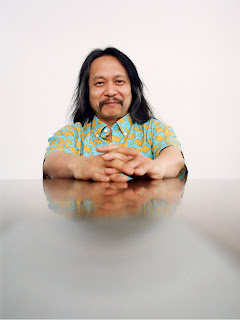 Damo Suzuki is a singer probably best known for his membership in German krautrock group Can.

Suzuki spent the late 1960s wandering around Europe, often busking, during which time he would only have been a teenager.

When Malcolm Mooney left Can after recording their first album Monster Movie, Holger Czukay and Jaki Liebezeit encountered Suzuki singing on a street in Munich, Germany whilst the two were sitting outside at a street café. They invited him to join the group, and he did, performing with them that evening.

Suzuki was with Can from 1970 to 1973, recording a number of well-regarded albums such as Tago Mago and Ege Bamyasi. His freeform, often improvised lyrics, sung in no one particular language gelled with Can’s rolling, psychedelic sound.

Suzuki converted to the Jehovah’s Witness faith when he married his German girlfriend, who was also a Jehovah’s Witness, after the release of the album Future Days, and retired from music in 1974.

He returned to music in 1983, and currently leads what is known as Damo Suzuki’s Network - as he tours, he performs live improvisational music with various local musicians (so-called “Sound Carriers”) from around the world, thus building up a ‘network’ of musicians that he has and can collaborate with.

Sound Carrier’s for this special gig is non other than........ 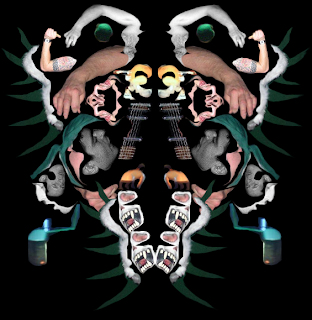 That Fucking Tank is a band that operates on DIY principles; booking gigs, recording records and making music in a way that contributes towards the creation of alternative spaces to the boring mechanisms of 'industry', and challenging the assumption that 'good' music has to be made 'professionally' (i.e as a job).

That Fucking Tank was formed in 2004 for a one-off performance by friends-since-school Andy Abbott and James Islip who met over an owl. Andy plays a specially tuned baritone guitar through guitar and bass amplifiers, James plays a minimal drum kit. Their novel name, energetic performances and manish volume saw them play all over Europe and the UK with brain-mangling regularity, sharing stages and tours with bands including Hella, Q and not U, Lungfish, Oxes, Unsane, Kid Commando, GI Joe, Chevreuil, Grabba Grabba Tape, Poltergroom, US Maple, Neptune, Whitehouse, AIDS Wolf, Vialka, Nervous Kid, Don Caballero, The Fucking Champs, Hoover and the like. 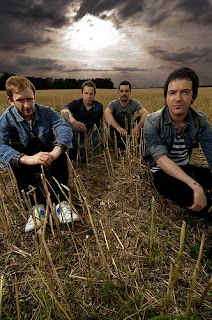 Musically, Humanfly is not constrained by genres of heavy music. Their ever expanding, Sabbath driven Floyd esq soundscapes builds their compositions from the ground up, making it as diverse and multi-layered as 3000 watts of orange amplification can create...and something that definitely needs to be experienced, or felt live.

Tickets are only £6adv:

For up to date news, record releases and gig listings, join in: