A Lovely Musical Evening at the Topic Folk Club, Bradford

From out of a snowy February night we snuck into the Bradford Irish Centre, home of the 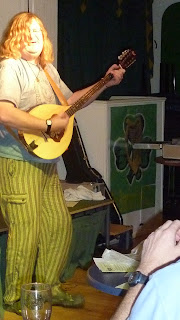 Topic Folk Club. Eve with half a bitter, Andrew a pint of lively beer and Denis with his lime and lemon made quietly by the side of the small intimate stage and floor area. David Kidman was singing unaccompanied an old sea shanty as we settled into our chairs. The room was cosy and the bar staff friendly as we settled to listen. Tony Levy compere, entertained with his usual inimical observant humour and pleasing guitar and voice. Various performers took to the floor, Tim Moon with rousing song, John Walon with lyrical satire and Zoe Mulford with pleasing banjo and upbeat song. A full room of people with swaying body and nodding head in seat dancing sway were a tetimony to the pleasing rhythm and melody.

The main guests a combination of two extraordinary artists with exceptional musical pedigrees, had come together in a ne 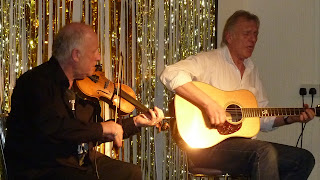 w venture as a duo. 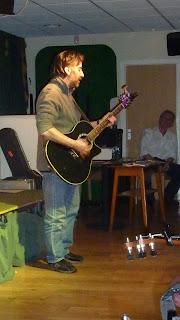 entranced and with dry humour and wit developed an intimate warmth with their audience.

It was a lo 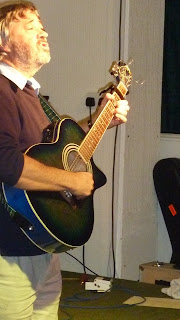 vely night with good music and a comfortable friendly atmosphere. The topic folk night is definitely a place to visit for all live music lovers! 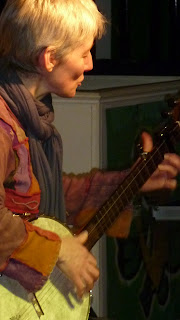 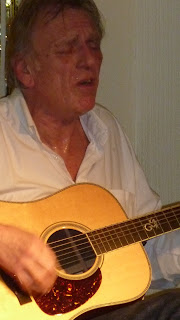 as the duo PJ and Peggy. He has recorded with many well known names from the folk and rock world including the singer/songwriter Pete Scrowther. Esteemed as a guitar virtuoso, Leicester-born PJ Wright is also a talented songwriter himself. 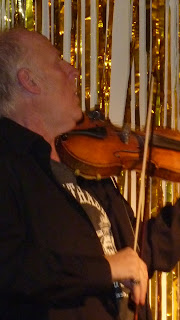 en playing with Feast of Fiddles for the past 17 years alongside the likes of Phil Beer, Dave Mattacks, Peter Knight and Chris Leslie. Another project is Tanna, with Peter Knight and Kevin Dempsey. Tom has toured extensively with Phil Bates, front man of ELO and as a duo with Kevin Dempsey. Currently Tom is working on a new project Zeus with Dave Lambert (Strawbs) and Graeme Taylor (John Tams, Albion Band and Rolf Harris).
Posted by Yorkshire Gig Guide at 13:43 1 comment: