The TakeOver Festival returns to York in March ready to explode onto stage. 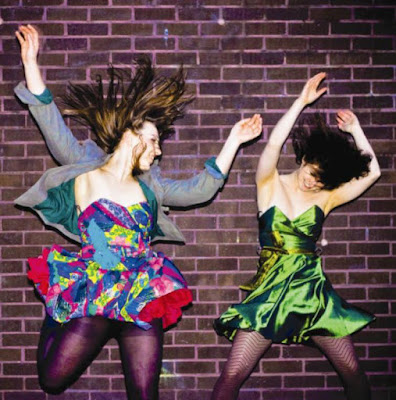 TakeOver Festival is a York Theatre Royal scheme supported by A night less ordinary, Arts Council England and CPP to encourage young theatre practitioners to get involved in all aspects of the Theatre. During the TakeOver Festival the theatre is run by under 26s, everything from box office management, to program scheduling, and marketing is undertaken by young volunteers.
This year’s group of young volunteers are set to go out with a bang this March as the second leg of the festival concludes a year of hard work, excitement and preparation to produce a top programme offering something for everyone.
This March to open the festival we have brought some of the best shows from the Edinburgh Fringe Festival to York. On the bill we have Operation Greenfield by Little Bulb (four teenagers prepare for Stokely’s annual talent competition, they capture the confusing, awkward and beautifully naïve time of adolescence). This picked up no less than three top awards in 2010: Fringe First Award (one of the Festivals highest accolades), Arches Brick and Total Theatre Awards. Next we have straight from the West End Fitzrovia Radio Hour by Seabright Productions and Fitzrovia Productions (Recreating the unique spirit of 1940’s radio plays. Brilliently evoking a dinner-jacketed age of casual imperialism and stiff upper lips). Fresh off the back of three critically acclaimed London residencies and a sell out Edinburgh Festival run this show…….
To close out the Festival we have another Fringe First winning show, Another Someone by Rash Dash (This is a play all about happiness, Rash Dash look at young people living in a world where ordinary isn’t good enough).
We also boast some completely unique theatre of our own, especially devised for TakeOver Festival. An in house production of Sarah Kane’s last shocking play 4:48 Psychosis will be performed by local young talented actors and directed by TakeOver’s Co-Artistic Director Rhiannon Jackson. (4.48 Psychosis is an insight into the mind of one woman’s struggle with her inner conflicts; this is a deeply personal reflection of the writers own psychological turmoil. An uncompromising modern classic which pulls us into a claustrophobic world of which the only ways out are pills or suicide).
Festival favourites Belt Up Theatre are back and producing a very special version of The Beggars Opera especially for our final weekend (a satirical opera once popular in the 18th century, this is a brand new version of John Gay’s epic story of thieves, lechery and villainy).
This is just the tip of the iceberg for an action packed two weeks of exciting, innovative and unique theatre. To see the full schedule visit the Festivals website at www.takeover.co.uk. Tickets are now on sale and going fast. To get yours call our Box Office on 01904 623568 or online at www.yorktheatreroyal.co.uk.
Posted by Yorkshire Gig Guide at 13:36