10 February
Tom Kitching and Gren Bartley     £6/£5
Tom Kitching & Gren Bartley are one of the brightest young acts on the folk scene today. Playing music from a remarkably broad range of sources, their recent album ‘Boundary’ crosses genres with a healthy disdain for arbitrary pigeon-holing of styles and traditions. Some songs just need to be sung.
'The instruments spark, with the combination of the bright fiddle and the acclaimed finger picking style of Bartley giving a lovely flow to the tunes' - Maverick Magazine

Having met at Loughborough University, through presenting a folk show on the campus radio, the duo grew out of a wish to perform the music they loved. Over time, Gren developed a distinctive passionate song writing style that manages to push boundaries, whilst staying respectful to the traditions.
'Bartley proves to be an accomplished songwriter, with a restful voice that lulls its way into the mind and heart.' -Allmusic.com
To add to their musical abilities they are relaxed and charming performers who can be guaranteed to send the audience home with a smile on its collective face.

The almost legendary Dave Swarbrick has been a stalwart of the folk scene for about as long as the Topic Folk Club has! From working on the original Radio Ballads with Ewan McColl, Peggy Seeger and Charles Parker to touring with the Ian Campbell Folk Group; from his duo performances with Martin Carthy and Alistair Hulett to his major contribution to sound of Fairport Convention at their zenith; Dave has been at the cutting edge of folk music for most of his life.
Although he had battled serious illness for a number of years, reports of his demise in the Daily Telegraph were thankfully unfounded and Dave has returned to performance with a renewed zest. He has travelled Britain, Europe and Australia playing with his band, Swarb’s Lazarus, and has been re-united with both Martin Carthy and Alistair Hulett for outstanding duo tours. He has recently returned to solo performances for the first time in a decade and has released his first solo album for nearly 20 years, ‘raison d’être’
We are delighted to be able to welcome Dave back to the Topic for the first time in many years and hope you will get down very early to secure your seat for what will undoubtedly be a memorable night at the club. 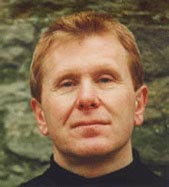 £6/£5
Lester Simpson is known to most folk enthusiasts as one third of the acclaimed a cappella trio Coope Boyes & Simpson. He is, however, also a very gifted songwriter and performer in his own right, as anyone who has heard his solo CD 'One' will attest to. The CD is described by Living Tradition Magazine as 'an emotive recording of finely gauged strengths and challenging depths'. He has also recorded numerous other CD’s with British and international artists. His work in film and theatre includes a period with the Royal Shakespeare Company at the Barbican Theatre in London and as Musical Director of ‘Private Peaceful’ in Belgium. We are delighted that Lester has been able to include a visit to the Topic in his very busy schedule.
Mar 03
Singers & Musicians Entry Free - Come to sing, play or just listen!

An acclaimed artist from the north east of England, Jez Lowe needs no introduction to many audiences, including this one. For those new to the folk scene suffice it to say that Jez has been a purveyor of the finest quality folk songs and entertaining live performances for many years now and has gathered a loyal mass of fans across the world.
His recent CD 'Wotcheor!' is the latest addition to a fine body of recorded work and has received enthusiastic reviews in the music press. An evening with Jez Lowe is always a very special event and we would recommend that you get down early for this night!

Mar 16     £6/£5
St Patrick's Special (Wednesday Night) Entry Free
A special 'open house' night as part of the Irish Club celebrations - come down and join our friends at the Irish Club for a great night of songs and tunes. Guinness optional! But please note this is on the Wednesday night, not Thursday.

a proud Derbyshire lass, plays guitar and has recently taken up the concertina; however she considers her voice to be her first instrument. She has the ability to still an audience with the strength and purity of her voice, which she uses to great effect on the unaccompanied songs that sprinkle her set. Lucy also has a talent for taking songs and investing them with passion and feeling in order to bring about refreshed appreciation from her audiences. Perhaps more important than any of this, though, is that she strikes up an immediate rapport with the audience who remain in the palm of her hand for the whole of her performance. Little wonder then that she was a finalist in the BBC Young Folk Award 2009 – prepare to be entranced! 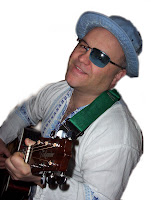 Mar 31     £6/£5
Darren Poyzer & Friends
A Singer and songwriter who combines loving emotion with socio-politics, humour and charisma, Darren Poyzer has starred alongside many great contemporaries to wide and outstanding acclaim. Raised on comedy, performance poetry and an understanding family, he turns the angst of a Thatcher-era teenager into a burst of musical theatre, using little more than voice and acoustic guitar. Working as a special needs music teacher by day has given his songs, stories and performance a new edge and vitality.
Darren works with a wide variety of excellent musicians and some of them will be with him at the Topic tonight to reinforce the message and beauty in his songs.

Posted by Yorkshire Gig Guide at 14:33